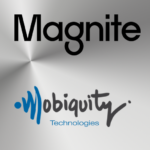 A heartfelt thanks to our friends at Magnite (AKA The company formerly known as Rubicon Project) for partnering with us on this release: Originally posted on businesswire.com: https://www.businesswire.com/news/home/20200817005093/en/Magnite-Political-Research-Connected-TV-Advertising-Essential 40% of persuadable voters not reachable via cable and satellite as ad-supported streaming surges August 17, 2020 08:00 AM Eastern Daylight Time NEW YORK & LOS ANGELES–(BUSINESS … END_OF_DOCUMENT_TOKEN_TO_BE_REPLACED

Our COVID-19 data work was highlighted as the ‘theme of the month’ by Street Fight  (the industry publication from the Location-Based Marketing Association). Their Location Weekly podcast discusses how Mobiquity is using location data to help businesses better understand the evolving nature of their marketing audiences as economies seek to open up post COVID-19. Journalists … END_OF_DOCUMENT_TOKEN_TO_BE_REPLACED

Mobiquity Technologies, Inc. released its’ first annual Black Friday report highlighting foot traffic to some of the largest retail locations across America. Of note, mall foot traffic was up 91% above an average weekend.  Inclement weather across much of the country appears to have kept many people at home on Black Friday, but Southern, Mid-Atlantic … END_OF_DOCUMENT_TOKEN_TO_BE_REPLACED

May 30th, 2019 | Comments Off on Mobiquity’s AdCop™ Finds Ad Fraud Lurking Below the Floor

August 20th, 2015 | Comments Off on The Fine Print on Facebook’s Free Beacons

Earlier this year, Facebook introduced a new feature called Place Tips and many businesses in New York including The Metropolitan Museum of Art, Dominique Ansel Bakery, and Brooklyn Bowl have been testing the feature since the announcement.

August 13th, 2015 | Comments Off on Mobiquity Networks Is Fully Compatible with Google’s Eddystone™

Google unveiled the Eddystone™ protocol on July 14th and rolled out a new suite of features that would help developers build apps using this technology. Mobiquity Networks is excited to announce that its beacon network hardware is already Eddystone™ compatible and will embrace the benefits and capabilities offered by the Eddystone™ protocol throughout its platform.

July 23rd, 2015 | Comments Off on Why Beacon Networks Are The Future Of Retail (And How To Cash In)

Beacons have taken the retail world by storm over the past couple years. Half of the top 100 retailers in the U.S. tested beacons in 2014 and they are expected to be in one-third of their store locations by the end of this year.

How Malls are Using Data & Technology to Improve the Shopping Experience

April 15th, 2015 | Comments Off on How Malls are Using Data & Technology to Improve the Shopping Experience